RESTRICTED MARMOT POPULATIONS IN THE JURA: A POPULATION VULNERABILITY ANALYSIS

Abstract - During the last hundred years and especially in the last twenty years, about 150 Alpine Marmots (Marmota marmota) have been reintroduced in several sites of the Swiss Jura Mountains. At present time, the populations are all restricted, both in space and in population size, and recent field studies indicate that the populations are remaining rather stable.

Such reintroduced and restricted populations are exposed to considerable extinction risks. Population Vulnerability Analysis (PVA) is an integrated approach designed to deal with such cases where reduced viability is expected on the grounds of habitat quality, inbreeding, regional catastrophes and demographic processes that occur in small populations.

We present a simple PVA for the Marmot populations of the Jura and assess extinction risks on the basis of population data collected by Humbert-Droz & Thossy (1990) and the Centre de conservation de la faune, St-Sulpice, Switzerland. The problems of conservation and management are discussed in connection with the high risk of extinction of the Jura metapopulations.

During the last hundred years and especially during the last twenty years, some 150 Alpine Marmots (Marmota marmota) have been reintroduced in several sites of the Swiss Jura Mountains, after having been absent from these mountains since the last glaciations (Schnorf, 1963). Marmots were reintroduced in 4 principal areas (Fig. 1) that are separated by considerable barriers that seriously prevent natural exchanges between the areas. At present time, in each of these areas, a metapopulation structure is found, composed of about 3 to a dozen of colonies. In each colony, minimal numbers of observed animals varied between 1 and 15 in 1988 and 1989 (Humbert-Droz & Thossy, 1990). These metapopulations are all restricted, both in distributional range and in population size, and are therefore exposed to considerable extinction risks. Population Vulnerability Analysis (PVA) is an integrated approach designed to deal with such cases where a reduced viability may be expected on the grounds of habitat insularity, inbreeding, regional catastrophes and demographic processes that occur in small populations, e.g Gilpin (198?); Burgman & Neet (1989). In order to assess the viability of these Marmot populations of the Jura and to define a management programme, we have conducted a simple population vulnerability analysis that successively examines different aspects of extinction risk analysis, i.e. habitat quality, extinction risks in relation with genetic and demographic factors, and catastrophic effects.

The 4 metapopulations of the Swiss Jura Mountains include 25 colonies. In this study, we have limited the work to the canton de Vaud, which includes two metapopulations (Table 1). We define a metapopulation as a group of colonies between which exchanges of migratory individuals occurs, according to our observations in the field and to the weak geographical barriers that separate the colonies. The minimal numbers of individuals observed in recent years in these metapopulations are given in Table 2. The population viability assessments were made on the basis of these population data, which were collected by Humbert-Droz & Thossy (1990) and the Centre de conservation de la faune, St-Sulpice, Switzerland. The population vulnerability analysis methods are described in the results section.

The reintroduction process in the Jura has a complex history, and several attempts have failed. Many reintroductions were done with very few individuals (<10). However, in the Chasseron metapopulation it has been quite successful (Tables 1 & 2). Unfortunately, the exact origin of this metapopulation is not known. The Norman metapopulation is much more recent and, interestingly, most localities where the Marmots were introduced are not occupied anymore. All actual colony sites except one have been founded by the reintroduced Marmots themselves, and all are quite recent, i.e. not older than 16 years (Table 1). Available population data are in the form of minimal numbers of observed individuals. Such data only give a very approximate indication of actual population sizes. However, the data given in Tables 1 & 2 show that there is some degree of persistence of these small colonies.

In order to be able to predict the potential distributional range of Swiss mammals, Hausser & Bourquin (1988) have developed a computer program that uses observed locations of a species and many variables of several data bases such as the vegetation map of Switzerland and climatic databases to calculate and draw potential areas of distribution. The potential areas of given species are statistically estimated as areas having a degree of similarity with the areas where the species have actually been observed. In fig. 1 the areas having a probability >40% of being favourable for the Alpine Marmot are shown, as well as the actual sites where marmots are found in the Swiss Jura mountains. This map clearly shows that the Jura habitats are not very favourable for the Marmot according to this potential range estimation. If one examines the maps produced by Hausser & Bourquin (1988), one can actually see that the few areas mapped as potential marmot sites in the Jura have a probability of being favourable that lies in the 20-40% range. This low habitat quality of the Jura can be explained by the ecological needs of Alpine Marmots, which are known to be mainly distributed at altitudes over 1400 m, beyond the limit of the forest (Muller, 1988), whereas in the Jura they are in the 1000-1450 m range, usually below the upper limit of the forest (Humbert-Droz & Thossy, 1990).

Another important aspect of the Jura habitat is its insularity, the habitats being separated by forests and valleys. This factor is important since the metapopulations present in the Jura Mountains are completely separated and thus isolated from a demographic and genetic point of view. The habitat quality is also diminished, at least in metapopulations studied here, by the fact that several colonies live in farmed areas, which are submitted to pasture, nitrification and disturbance by dogs, or by predators such as foxes (which are abundant in the area).

Many population viability analyses are based on the principle that in small populations, inbreeding can greatly reduce the average individual fitness, and loss of genetic variability from random genetic drift can diminish future adaptability to a changing environment (Lande, 1988).

With the minimal numbers of individuals observed in the metapopulations of Marmots (Table 2), we are probably under this level. Does this mean that the marmots will rapidly become extinct? Not necessarily. As underlined by Simberloff (1988), neither inbreeding nor low genetic variability will automatically lead to inbreeding depression. It will actually very much depend on the presence of deleterious alleles and on their persistence in the population. Moreover, the actual metapopulation structure may, at least theoretically, lead to some countereffects to the loss of genetic variability (McCauley, 1991). A solution to the risk of inbreeding depression is to promote panmixia by moving as few as one or two individuals at random into each colony per generation (Lande & Barrowclough, 1987), or to add new individuals imported from highly populated areas of the Alps.

This second point is not without danger. As mentioned by Simberloff (1988), who reviewed several examples of outbreeding depression in reintroduced wild populations, although outbreeding depression due to the introduction of alien gene sets is likely to be temporary, it can be severe enough to increase chances of extinction.

A simple security rule would be to add individuals taken from the same populations that have served to establish the first colonies of the Swiss Jura.

Lande (1987, 1988) has shown that in very small populations, the major problem is a demographic one. The Allee effect for example, is a decline due to the fact that the population is below a threshold density at which sufficient contacts between individuals occur to ensure a viable level of reproduction. Lande (1987) has also clearly shown that when the relative amount of favourable habitat relative to the total area of a site is low, the populations are exposed to severe extinction risks for demographic reasons. In the Jura, given the relatively low amounts of favourable habitats and their insularity, this risk certainly exists. The problem of extinction risks due to demographic factors has also been modelled in a very general way by Goodman (1987). His model calculates the persistence time of a population using two parameters: the growth rate of the population and the variance of this growth rate. This model has been adapted to mammals in order to permit rapid and rough estimates of viability on the simple basis of body mass (Belovsky, 1987).

Belovsky's approach actually relies on the allometric relationship that permits to estimate the maximal growth rate from body mass. Belovsky estimated the variance of the growth rate empirically, using field data, and found it to range between 1.43 r (Low Variance) and 7.32 r (High Variance).

The results given in Table 3 are rough and do not take all necessary parameters into account. However, the viable population sizes are so large that even if they are overestimated to some extent, there is little doubt that the Jura populations are seriously threatened of extinction.

Extinction risks in relation with catastrophes

A typical catastrophe for Marmot metapopulations would be an epidemic disease.

Some possible diseases are mentioned by Muller-Using & Muller-Using (1972). The risks of extinction in the presence of catastrophes have been examined by several authors (see Burgman & Neet, 1989).

The essential point with respect to Marmots is that the best protection against local catastrophes is to have a metapopulation structure with weak migration levels between the colonies. Given the lack of data concerning the levels of migration, it is not possible to assess any degree of risk for this aspect of the PVA.

PVA is still a rather theoretical methodology. Practical assessment tools have however been developed and are useful to construct rough estimates of the risks of extinction of a species like the Alpine Marmot.

In the case of the reintroduced populations of the Jura, the risks of extinction are obviously high, for at least four major reasons: 1) the habitat is suboptimal, 2) the habitat is limited and highly fragmented, 3) the effective population sizes are below the minimal sizes to escape a serious probability of inbreeding depression, and 4) the population sizes are very low with respect to demographic factors. Given these constraints, one may either decide to leave the Marmots to their destiny, or to start a conservation programme. If left without management, these metapopulations would provide an interesting natural experiment, especially in the case of the Chasseron metapopulation that bas lasted for several decenies. However, given the results of this viability assessment, a management plan is certainly a necessary step to prevent an almost certain extinction.

This plan should act on the four factors identified above, i.e.: 1) protect the occupied habitats and minimize habitat alteration by man-induced nuisances, 2) favour the metapopulation organization by maintaining a sufficient amount of available habitats, at reasonable distances from each other, 3) displace individuals or introduce a new individual per generation in order to maintain genetic variability, 4) undertake colony monitoring in order to detect local extinctions due to demographic deficiencies and move individuals when necessary. Such a management plan will have to be supported financially and will have some local consequences on land-use. Therefore the choice between the two alternatives for the future of the Marmot in the Jura will have to be made by wildlife authorities.

We are very grateful to Corinne Humbert-Droz, Marika-Luce Thossy and Prof. Claude Mermod of the University of Neuchatel for having undertaken a complete survey of the Marmots in the Jura in 1988/1989. We would also like to thank Michel Conti, Patrick Deleury and Bernard Reymond for their field observations.

Figure 1: Map of the distribution of the four metapopulations of Alpine Marmots (Marmota marmota) reintroduced in the Swiss Jura moutains (dotted zones), and map of potential habitats having a probability of > 40 % of being similar to actual locations of the Marmot in Switzerland, according to Hausser & Bourquin (1988). 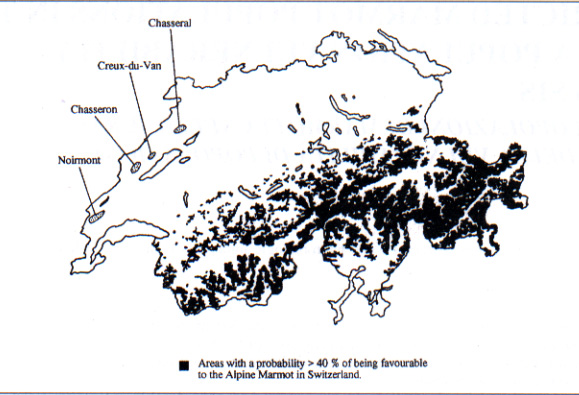 Table 2: Minimal numbers of individuals observed in the two metapopulations of the Canton de Vaud. Observation efforts differed between the years

Table 3: Population sizes (N = standard population size) needed to persist l00 or l000 years with a 95% probability, for a mammal of 4 kg, as predicted by Goodman's extinction model solved by Belovsky (1987)