Abstract - The strategy of space occupation by Alpine Marmot (Marmota marmota) was studied at the population level in the Nature Reserve of La Grande Sassiere (Savoie, France). Along two main directions (a north-south axis and an east-west axis) 88 sampling areas of 0.25 hectare each (quadrats) were selected. Six ecological factors were recorded: sun-exposure, slope, plant cover, altitude, anthropic pressure and sun-shine duration. The occurrence of marmots on quadrats was also recorded. Data were processed by use of a Logistic Linear Model. Results indicated that marmots were widely distributed in the reserve (67% of the quadrats). The ecological factors influencing the probability of settlement of marmots are sun-exposure, slope, plant cover and the interaction sun-exposure slope. The most propitious situation is represented by a southward exposure, a slope from 15 to 45 % and a rate of plant cover from 25 to 75%.

Ecological characteristics of the habitat used by an animal directly affect its survival and its reproductive success. According to their own constraints, individuals in natural populations have then to select habitats that maximize their survival and their reproductive success. Several works have dealt with habitat selection problem particularly in bird species (MacArthur et al., 1962, Klopfer & Hailman, 1965, see Cody, 1985 for a synthesis). These studies pointed out the diversity of the factors and the complexity of the mechanisms acting upon the selection of habitat. In mammals, habitat selection has received much less attention (Wecker, 1963).

Habitat selection in Alpine Marmot, has to take into account strong seasonal and energetical constraints. Studies on habitat selection have been performed at various geographical scales (Muller 1989, Panseri 1991, Herrero et al., 1991, Macchi et al., 1991). The scale of investigation in habitat selection study is, however, important (Wiens, 1986). As mentioned by Morris (1989), "local level is appropriate for addressing questions about the influence of ecological interactions on population dynamics". We investigated, in the present work, the optimal arrangements of ecological factors interfering with the settlement of Alpine Marmots at the population level.

The study was performed from June to September 1991 in the Nature Reserve of la Grande Sassiere (Vanoise, France) extending from 1,800 to 3,750 m.

Sampling method: Sampling areas measuring a quarter of an hectare (50 x 50 m) each were delimited by use of rope and pegs. In order to give an accurate description of the space used by the marmot population. These areas (called quadrats) were located along virtual fines (transects) the direction of which had been chosen in order to sample the greatest diversity of biotopes as possible.

Two of these transects were situated along the thalweg (east-west orientation) and seven of them along the slopes of the two versants of the valley (mainly north-south orientations) (figure 1).

The distance between quadrats was 100 meters and they were alternately situated on each side of the transect. A total of 88 quadrats was realized. The number of quadrats per transect varied from 4 to 22 according to the particularities of the environment: the transect stopped when the summit of the mountain or the foot of a steep was reached.

Ecological factors: Six ecological factors were considered. The recorded values were transformed in qualitative or semi-quantitative variables with a limited number of modalities. The limits of classes were defined to obtain an equal repartition of quadrats for each modality. Altitude: measured by a Seiko altimeter, with a precision of 5 m. The measured altitudes extended from 2300 m to 2600 m above sea level.

Sun-shine duration: measured during a day in August, expressed in minute per day. Two classes were used: less than 700 minutes of Sun per day and more than 700 minutes of Sun per day. Plant cover: this parameter indicates the percent of surface occupied by plants on a quadrat. Three modalities were used: low [0%,25%], middle ]25%,75%], high (>75%).

Presence of Marmots: The presence of marmots was noted on each quadrat by direct observation, tracks and activity indices. It was considered that marmots were settling when at least two burrow entrances were noted inside a quadrat. The settled individuals observed, even alone, had as a matter of fact at least two openings in a close vicinity.

Statistical method: We proceeded in two successive stages, in order to analyse the effects of the recorded ecological factors on the probability of settlement of marmots.

Marmot settlement was then modeled by use of logistic linear models. The probability of settlement was calculated from the logistic transformation 1 estimated with GLIM software (Baker & Nelder, 1978).

The univariate analysis emphasized the role of 3 out of 6 recorded ecological factors (table 1). They were in decreasing order: slope, Sun-exposure and plant cover. They were selected for the next analysis.

Interactions between the ecological factors: After a preliminary multivariate analysis, the modalities acting in the same way were gathered in order to increase the strength of the results. Two modalities were retained for each factor (called extreme and middle except for sun-exposure gathered in north and south-thalweg). Linear Model: Using these modalities, a new modeling was performed.

The model was progressively refined by adding successively the ecological factors and their interactions (table 2). The effect of each selected factor on the probability of marmots settlement is as expected significant. On the other hand, the only significant interaction was the interaction slope. sun-exposure. The fitted model is:

= m + slope + sun.exposure + plant cover +slope. sun-exposure. The values of l allowed us to calculate the probabilities of settlement (table 3). Results indicated that:

- the association of a southern-thalweg exposure with a middle slope ensured a high probability of marmot settlement (P â¥ 0.94) whatever was the plant cover.

The present study leads to the following results:

Alpine marmots are widely distributed in the Nature Reserve of La Grande Sassiere (67% of the studied area).

The linear logistic model allowed us to identify favourable and unfavourable ecological situations leading Alpine marmots to use accurate strategies for their settlement. The most favourable situation is a south exposure with a middle slope and a middle plant cover.

A middle plant cover is a propitious situation as it seems to be a good balance between a fair disponibility of food resources and presence of rocks. Rocks are used by marmots as watching place as well as for thermoregulation and have a high value for marmots as indicated by Mann & Janeau (1988).

A too much gentle slope does not seem to be propitious for Alpine Marmot settlement may be because it reduces the velocity of marmots when escaping from a predator.

Flood risks are also important and cannot be avoided with too much a gentle slope.

In flat areas thawing of snow is often late reducing the period of activity of the marmots (Zelenka, 1965).

Very steep slopes are also avoided by marmots. This fact could perhaps be related to the important energetical cost of the displacement. Moreover, an active erosion may induce a ground instability on such slopes and that would non be propitious to the settlement of marmots. The demonstration of the influence of some ecological factors might hide the one of other underlying ecological factors owing to unavoidable interactions between these. Additional ecological factors such as granulometry, plant associations, predation pressure would interact on settlement probability of marmots.

Consequently taking them into account would give a more precise approach of the habitat selection strategy in Alpine Marmot.

In that order, how the less propitious ecological situations influence the structure and composition of the social groups of Alpine Marmot as well as their reproductive success has to be investigated.

The results here exposed have to be compared to similar observations and measurements on other sites in order to generalize the model and to undertake phylogenetic comparisons with other marmot species.

This work is part of the research program "Dynamics of space occupation by Alpine Marmot" supported by the French Ministry of Environment (EGPN 90-294). We would like to thank Christelle Porteret for her efficient help during field-work and data collection, the Direction and foresters of the Vanoise National Park for their help during field-work, and especially B. David, J.P. Ferbayre and J.P. Martinot. 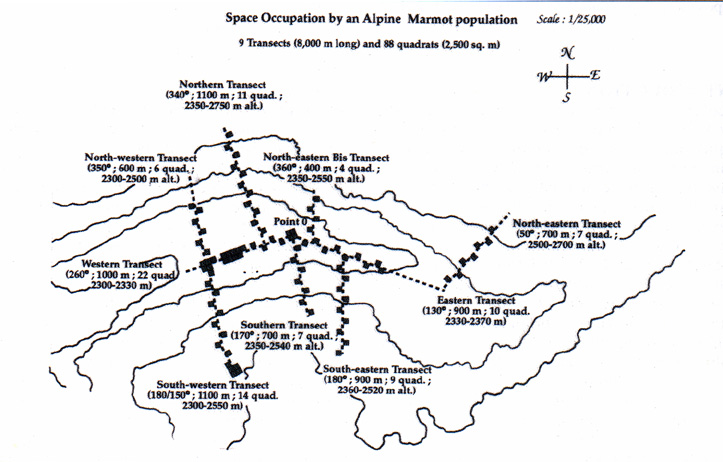 Table 1: Results of the univariate analysis

ritorno/back
Table 2: Modelling of the probability of marmot settlement with GLIM software. The model is progressively complicated by successively adding the eftects of ecological factors. The deviance (Dev.) of a model is c 2 distributed.
ritorno/back

l is the logistic transformation given by GLIM, m is the general mean.